This is going to be a quick “The Science Behind…” post.  Grains are an easy way to add flavor and nutrient value to your bread.  It’s also a good way of using up that handful of cooked rice or oatmeal sitting in your refrigerator.

1. What kinds of grains should I use?
2. What grains shouldn’t I use?
3. How should I store whole grains?
4. Should they be cooked or raw?
5. How do I modify a recipe to include grains?

1. What kind of grains should I use?  There are tons of different grains out there.  Wheat is a grain, and it’s probably the most popular grain we use to make bread due to its high gluten content.  It’s not the only one though- it’s thought that before wheat became domesticated, millet was the chosen grain for bread. 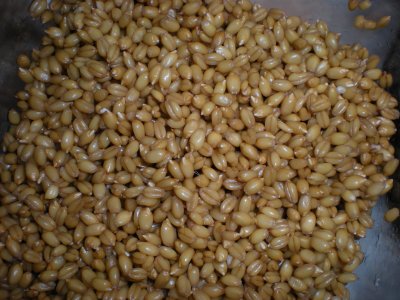 Other grains you might see available at your local grocery store include:
Oats
Corn
Rice
Barley
Sorghum
Rye

I learned while researching this post that some things we think of as grains are in reality seeds, also called “pseudo-cereals” because we use them like grains.  These are things like:
Flax seeds
Amaranth
Buckwheat
Quinoa

2. What grains shouldn’t I use?  I really think the answer depends on what you are comfortable with.  Some things to consider:

Other than those two factors, I would say most grains can be added to bread without a problem.  Where you do have to be careful is matching how the grain is processed (cooked, milled, raw, intact) to the baking method and type of bread you want to make.  More on that later.
3. How should I store whole grains?  Let’s say you go out and buy some flax seeds, buckwheat flour, and whole rolled oats.  How do you store them to make sure they stay fresh?  As with so many things, it depends.  To understand what makes the difference, we need to understand what a whole grain is.

The above picture is a whole grain.  A whole grain contains the protective bran coating, the germ which is full of healthy fats, and the endosperm which is primarily starch and protein.  Bread and all-purpose flours have had most of the bran and germ removed.  You can store them practically forever and they won’t go bad.

So, from longest to shortest storage time, you have:

Whole, intact grains (or pseudo-cereals) like the flax seeds can stay fresh longer than flour or other milled grains.  Intact grains should be stored in an airtight container in a cool pantry for 6 months or up to a year in the freezer.  Grain flours and meals should also be kept in an airtight container, but they only last about 1-3 months in the pantry or 2-6 months in the freezer according to the Whole Grains Council.

What does that mean?  It means that the rolled oats and flax seeds will probably be fine in your pantry.  You might want to store the buckwheat flour in your freezer though.

4. Should the intact grains be cooked or raw when I add them to my recipe?  This is where you need to match the grain you have to the method you want to use.

In general, I believe that cooked grains have greater success than raw grains, since they have absorbed all the water they are likely to, and thus will not affect the overall hydration of your dough.

5. How should I modify a recipe to include whole grains?  If you have grains that you have already cooked, you can add them to your dough without any adjustments to the recipe.  I would add about 1/4 to 1/2 cup of cooked grains per loaf.

If you are using a whole grain flour or raw intact whole grains, you CAN just add them directly, but I have a whole grains ninja tactic that will bring out more flavor and better quality in your bread.

I learned about the autolyse from Peter Reinhart’s Whole Grain Breads, although I can’t remember if he called it that. 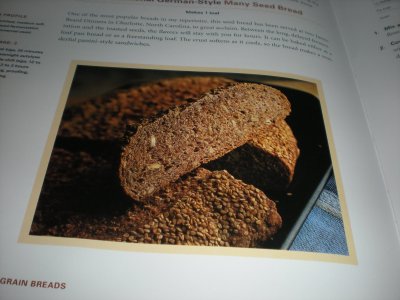 Basically, you just mix your flour (or quick-cooking whole grains) and water together before adding the yeast and salt.  You let the flour absorb the water and the whole grains soften a bit before starting the hard work of fermentation and leavening.

Here is what Maurizio at The Perfect Loaf has to say about the science behind the autolyse:

“How can soaking flour during autolyse help sweeten your end loaves?  During autolyse, where the wheat and water are mixed (remember, no levain or salt added during this step), sugars are released into the dough to be made available for consumption by your yeast later.”

Jeffrey Hamelman in his book Bread puts it this way:

“When making breads containing lots of whole-wheat flour, during the autolyse the bran has an opportunity to absorb more dough water.  This also has a favorable impact on loaf volume, because during the final mixing of the dough there is less of a cutting action of the bran on the gluten strands.”

For your autolyse, mix about 1/2 cup oats or whole grain flour and 1/2 cup hot or warm water in your large mixing bowl.  Let it sit until your mixture is completely cool.  Do not rush this!  It must be completely cool because if you add yeast to a mixture that is still hot, the hot water will kill off the yeast.  Because the autolyse doesn’t include any yeast, you can leave it for a few hours or even overnight.  Remember, you are trying to draw out the sweet flavors of the whole grains.  Your patience will be rewarded. 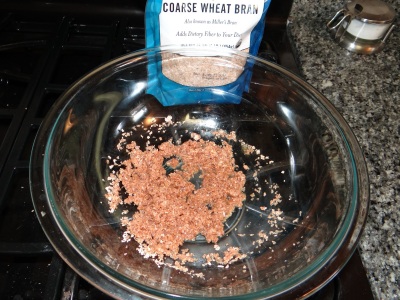 Once your water and grain mixture is cool, you can add the rest of your ingredients.  I like to add grains to my 2-3 white bread recipe.  I just add 375g of flour, 250g of water, 7g of salt and 7g of yeast to the autolyzed mixture and prepare it as usual.

If you are using a whole grain flour, you can add up to 1/4 of the total flour weight without having to really change anything about the recipe.  Because of the bran, whole grains tend to require more water than all-purpose flour, but only by a splash or so.  Any more whole grain flour and you might have problems getting enough gluten formation to happen.

Besides the autolyse, another thing you might want to do to make sure you get enough gluten formation is extra stretch and folds during the leavening process.  I did a few stretch and folds every hour for four hours until I felt the doughs were ready to bake (not sure why they only took four hours, but that’s how long they took).  If you don’t know what a stretch and fold is, check out my tutorial here.

Here’s another reason to make sure you use the autolyse trick: if you do decide to use raw intact grains in your dough, they may absorb more water during the baking process.  In contrast, during the autolyse the grains absorb water so you don’t mess up your dough’s hydration later on, when there’s nothing you can do about it.

I hope you enjoyed this post on baking with whole grains.  I plan to provide the recipes for 66% hydration loaves with buckwheat flour, quick-cooking oats, and wheat bran in a few days.