I checked out this book from the library not really expecting to learn anything new from it.

After all, I felt pretty familiar with bread and its history.  And this book seemed too short (just over 100 pages) to provide any substantial insights.  But I was wrong.

There was a lot to like about this book, and I recommend it to anyone, baker or not.  It’s not just a book about bread, but it uses bread as a lens to uncover social and economic differences across socioeconomic levels, across the world, and through time.  It was fascinating.

How crazy is this: they used to make bread so disgusting it was only suitable for horses, called horse-bread.  Some people were so poor this was the only bread they ate.

In doing so, he disproved many of my beliefs about bread.  In particular, my ideas about how long people had been consuming fluffy, airy bread made with wheat flour.  It’s only been since about World War II that there has been such an excess of milled flour that it can be sifted to include only the endosperm, the lightest, finest and most nutrient-poor part of the wheat kernel. 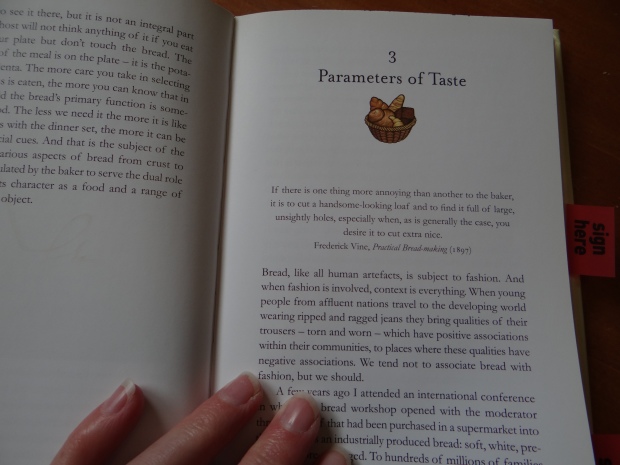 I particularly liked the chapter on parameters of taste over time – the wealthy people of different eras preferred different characteristics of their bread- sometimes large holes were desired, sometimes smaller, sandwich-bread-style holes.  When commercial yeast was first available, sourdough starter-leavened breads went out of fashion as ‘poor people’s leavening.’ 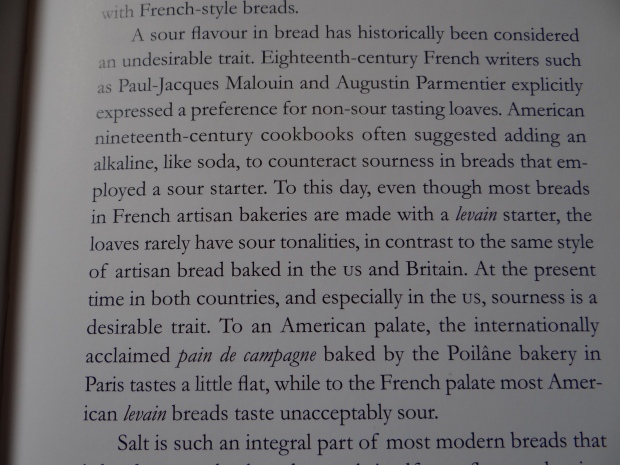 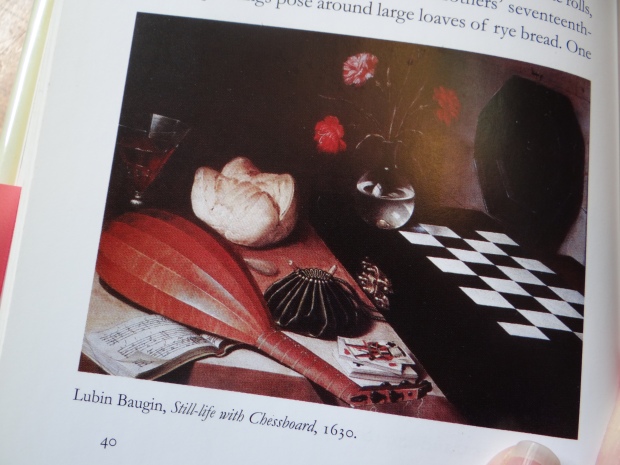 The author used paintings and other artistic artifacts like sculptures and pottery to show how tastes have changed over time, and what techniques were used to make bread at various points in history. 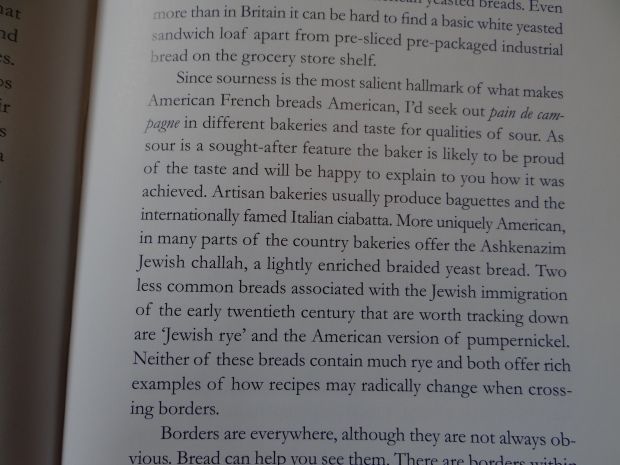 In the above paragraph, he makes a point I had also observed – light, airy American ryes are very different from dense ones you get in Europe!

The above picture is perfectly preserved bread found in the ruins of Pompeii.  Amazing!

One thing that really struck me is how barley was a more common ingredient in bread for most of history, as it is easier to grow and does not require milling like wheat does.  Barley doesn’t expand when leavened, meaning most breads eaten throughout history were flatbreads.

I could say more, but really, the book does a great job of providing a general overview of bread throughout history with enough specific examples to keep things interesting.  He also has a section in the back of the book with recipes for horse-bread and other unique breads that he developed by reading medieval and older recipes.  Given the descriptions, I’m not sure why anyone would want to attempt to bake what sound like unpalatable breads, but they are certainly interesting.

Would I recommend Rubel’s book?  Yes, to anyone with even a mild interest in baking, history, and foodways.