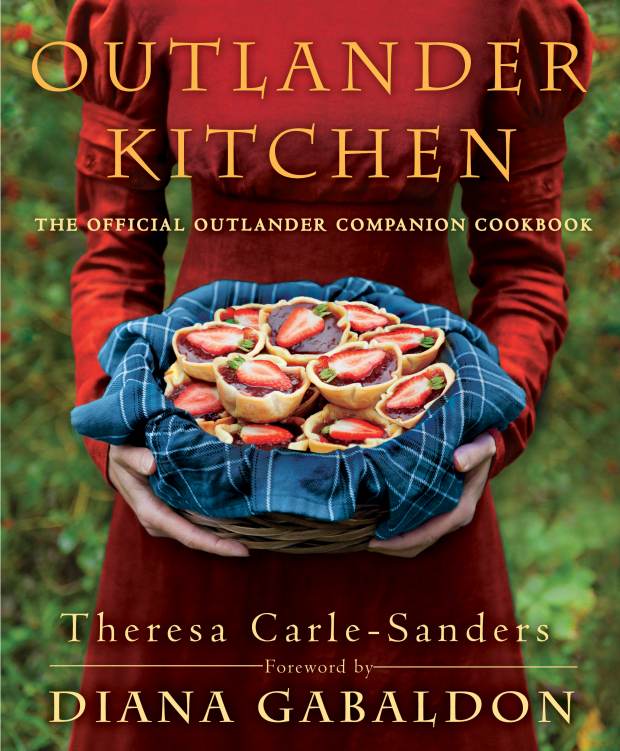 This week, I got my hands on a cookbook I’ve been anticipating for months: the Outlander Kitchen cookbook.

It’s the companion cookbook to the Outlander book and tv series, and it was written by Theresa Carle-Sanders who also maintains the Outlander Kitchen Blog.

The cookbook just came out last month, and while perusing the new arrivals section of my library’s website, I was shocked and pleased to discover that they were getting a copy!  I put my name on the hold list, and this week my number was up.

When I picked up the book, I was pleasantly surprised.  It’s a good size, almost like a textbook.  There are a lot of recipes in this book. 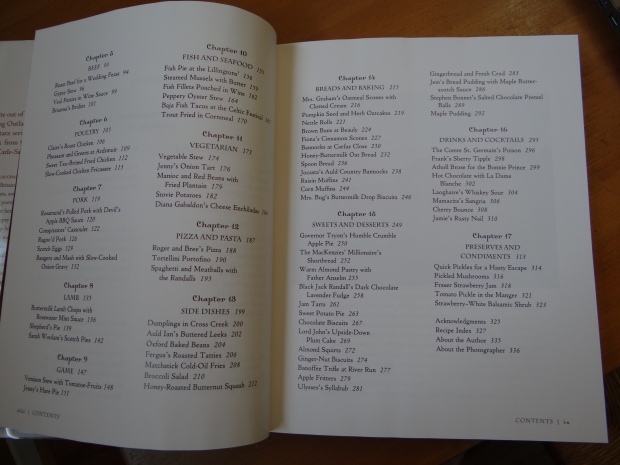 Each recipe includes an excerpt from one of the books, some notes from the author about the history of the recipe, and at least one photograph of the finished product.  It’s really a beautiful cookbook.

But more importantly, it’s thoughtful and a worthy companion to the series.  I would venture to say Diana Gabaldon and Theresa Carle-Sanders are kindred spirits: they enjoy the adventure of tracking down and researching each small element of the book and won’t quit until it’s right.  I’ve only made two recipes so far, but both have turned out very successfully. 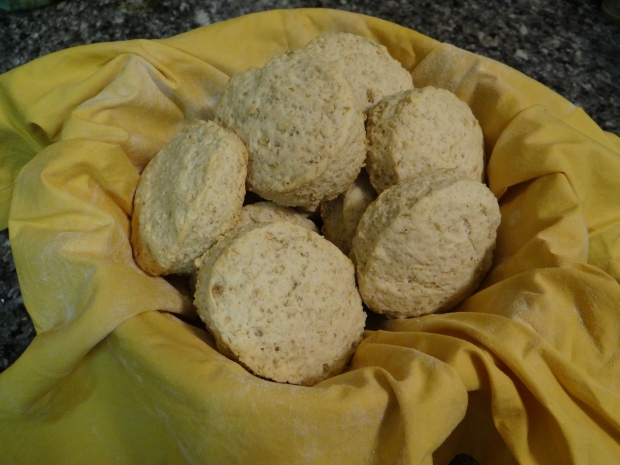 The recipes use basic ingredients that most people would have around the house, although one of the biscuit recipes uses fresh nettles, which might be hard to get most places.

The cookbook also doesn’t assume the reader knows anything about cooking or cooking terms, so there’s one section where she breaks down what it means to temper, slice, dice, etc.

Also, she knows my trick for cutting in butter quickly!

I’m probably only going to be testing the baking recipes, since I only have two weeks with the book after all.  Unless I buy it.

I did have one criticism: she calls for a kitchen scale but none of the baking recipes use weight measures!

Even with this small critique, this cookbook is definitely worth having, if you’re a fan of the Outlander series, or historical cookbooks, or cooking in general.

Now that I have five recipes under my belt, I am only appreciating this cookbook more and more.  What I really like is that it’s internally consistent: any recipes that require pie crust use the same crust recipe.  Most of the breads are variations of the same combination of ingredients.  Like Peter Reinhart’s cookbooks, it’s easy to get a “feel” for Carle-Sanders’ style quickly, which means you are more likely to successfully complete one of her recipes once you’ve made one or two others.  I also really like that for every recipe, she gives companion dish or topping suggestions, and lets you know how long the recipe will store, or if you can partly assemble a dish to finish later.  Again, I’m so pleased with this cookbook and highly recommend it.