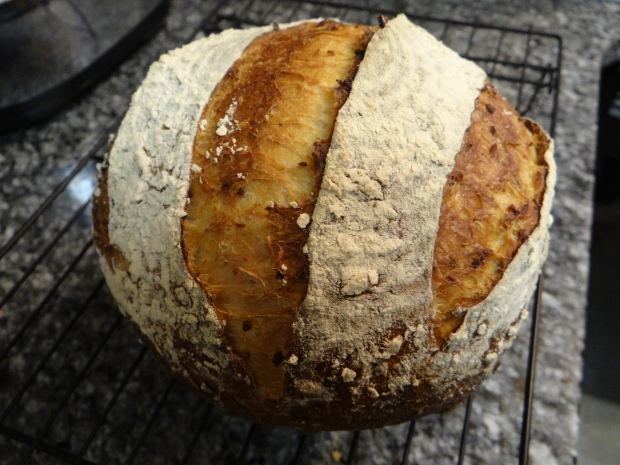 After yesterday’s success making cider squash muffins, I wondered if other baked goods could be improved with cider.  I decided to try out cider instead of water in my 2-3 white bread. 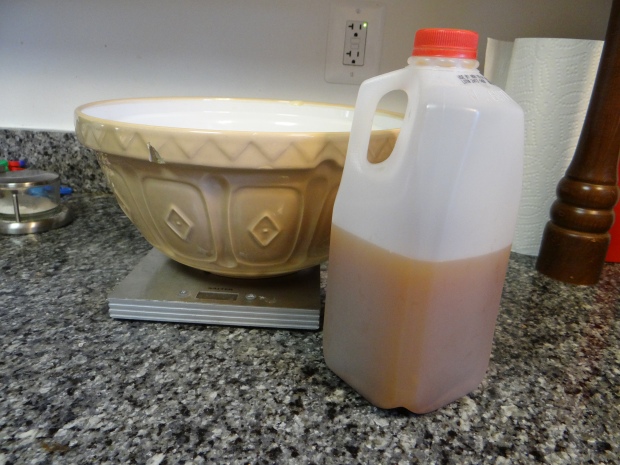 Now, it wasn’t a controlled experiment.  I had leftover rice and oatmeal as well as two beaten eggs from an egg wash.  I threw them all in the bread.  Because the rice and oatmeal were already cooked, I didn’t need to change the hydration of the bread.  Eggs are only 75% water and therefore add only 90g to the 500g, an increase from 66% hydration to 78% hydration but I couldn’t really feel a difference in the final dough.

For this recipe, which makes two loaves, you will need: