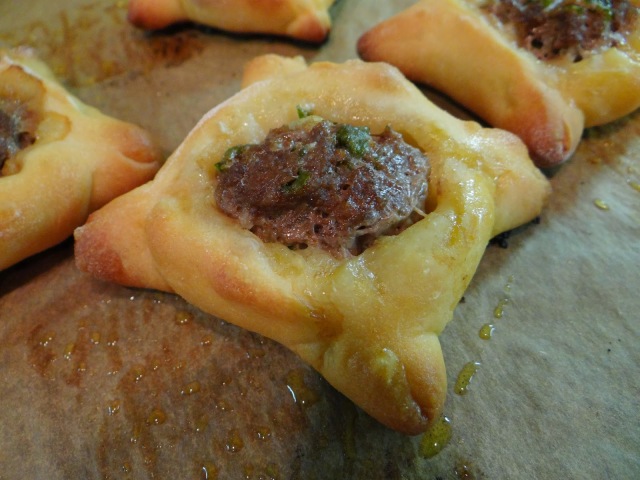 This Wednesday, I had thawed ground beef, some kale salad, and a craving for empanadas.  Since my FIL would kill me if I made empanadas without him, I remembered an awesome little pasty I had had in Argentina a few times that had a similar historical trajectory to empanadas in that country: sfihas.

Sfihas (I’ve also seen them called esfihas) are relatively new on the Argentine culinary scene, but they have a really interesting history.  They are open-faced meat pies that were introduced to Argentina and Brazil by Lebanese immigrants, in much the same way empanadas were.  In fact, my Argentine host mother used to fold her empanadas into a triangle shape rather than the more popular half-moon shape.

Empanadas and sfihas share a similar make-up: ground beef (or other meat) with spices baked in a simple dough.  I found the recipe for my sfihas in this book: 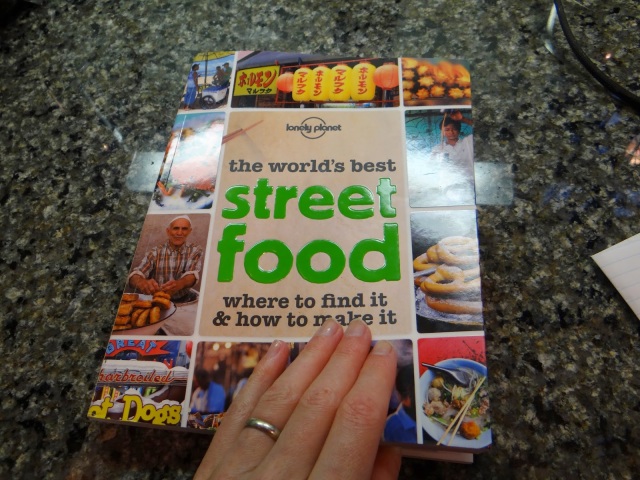 I haven’t made a single recipe from the book yet.  But I have been drooling over it ever since I got it, and I knew it had this recipe: 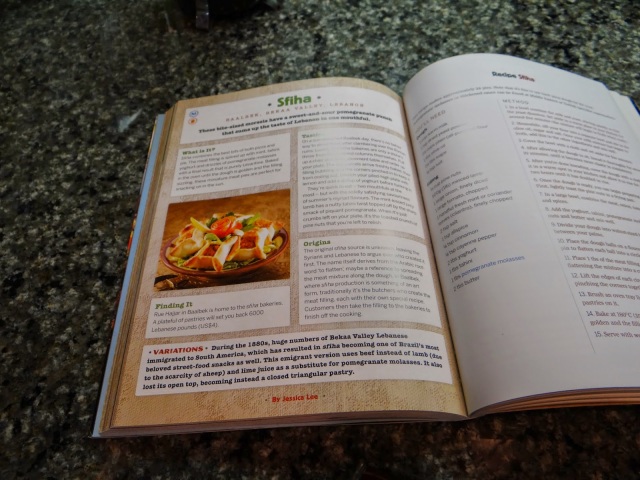 The very first time I had sfihas was in Tucuman visiting my little bro during his study abroad year.  Then I had them again in Cordoba, and again a few years later in Mendoza.  In the decade since I first studied abroad, sfihas have truly taken Argentina by storm.  They are the perfect snack food, small enough to eat in one or two bites.

I have a favorite empanada filling recipe, but for sfihas I wanted something a bit more– Middle Eastern.  So I adopted the tahini, lemon juice and yogurt from this recipe but added some of my favorite empanada spices too- cinnamon, paprika and cayenne powder. 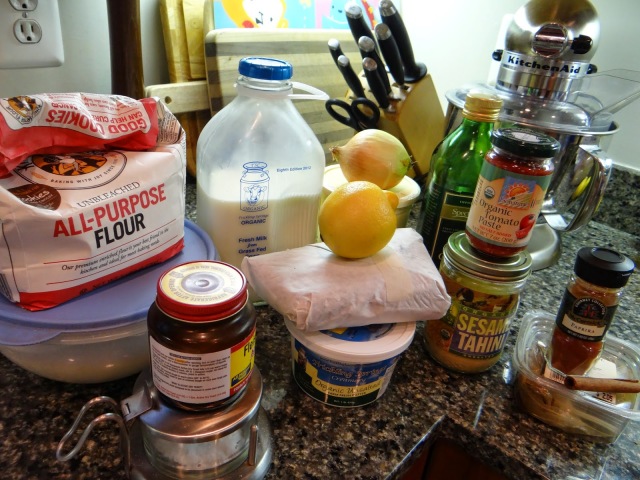 I made the dough first because it takes some time to rise.

1. Sprinkle the yeast and sugar into the warm milk and let sit for five minutes until it becomes bubbly. 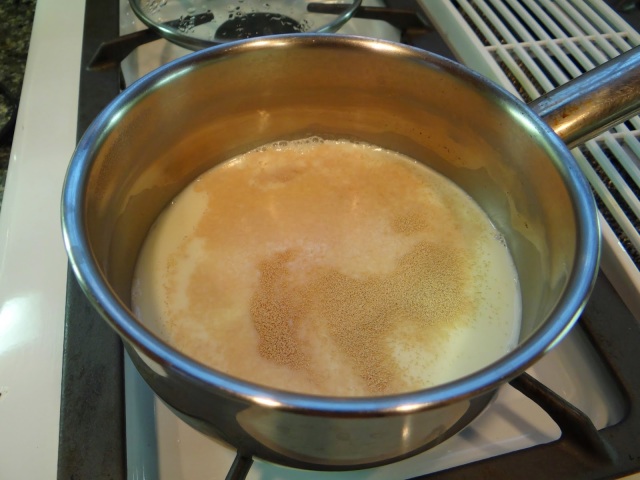 2. Whisk together the AP flour, salt and oil in the bowl of a stand mixer and mix until incorporated. 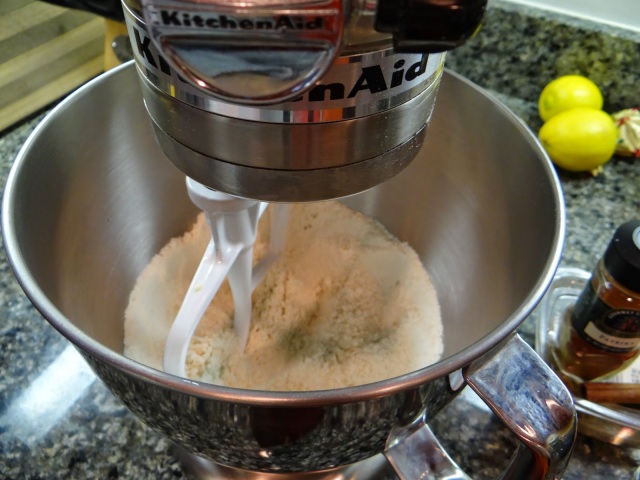 3. Add the milk and yeast mixture to the flour mixture and knead for eight minutes, adding more flour as needed. 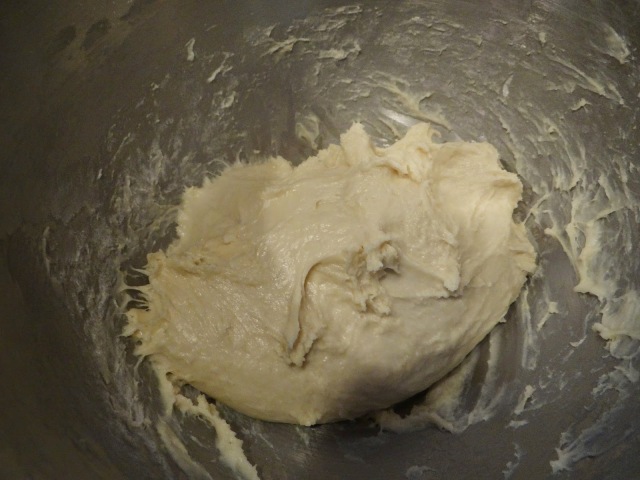 4. Cover and let rise for about 1.5 hours until doubled in size. 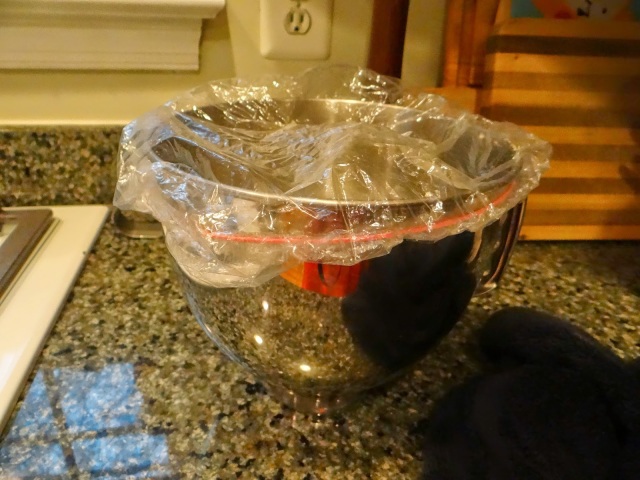 5.  Now you can switch to the filling.  Just dump everything into a bowl and mix with your hands to combine. 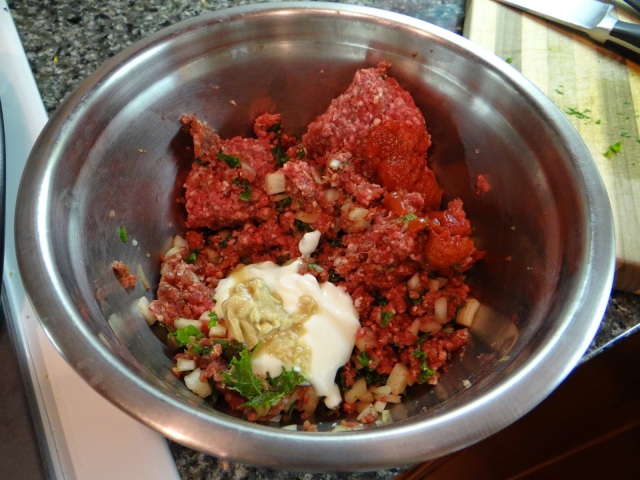 6. Once your dough is ready, turn it out onto a floured surface and use a bench scraper to cut the dough into 24 (or so) equal pieces. 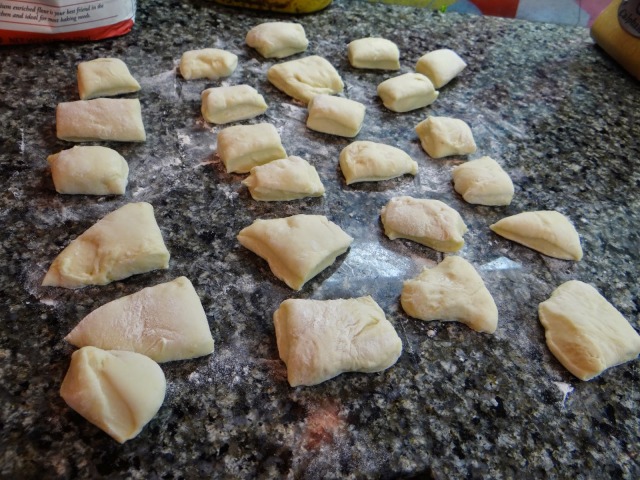 7.  Roll into balls and let them rest under a tea towel while you line a few baking dishes with parchment paper. 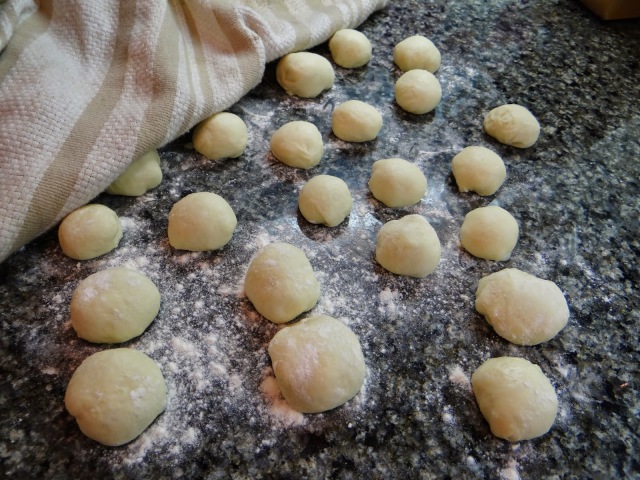 8. Flatten out the balls into disks and transfer to the parchment paper.  You might want to preheat the oven to 350 degrees F at this point. 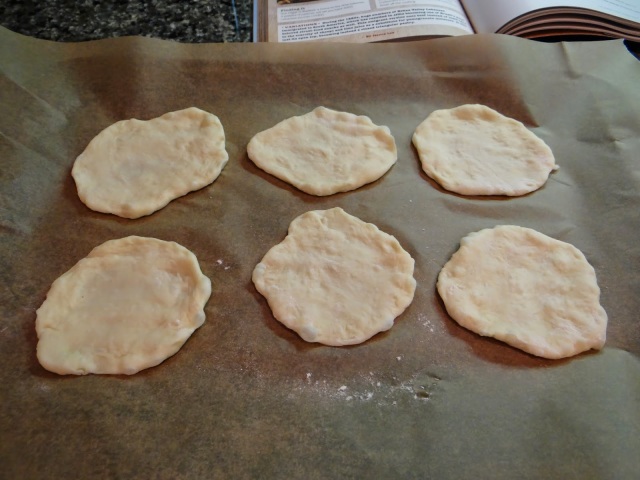 9.  Place about a tablespoon of dough in the middle of each disk and fold the dough around the filling thusly: 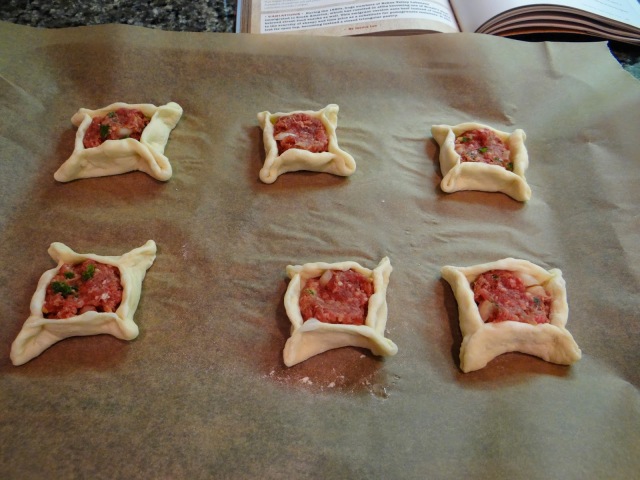 10.  Bake the sfihas for about 30 minutes until the filling is bubbly and the dough is golden brown. 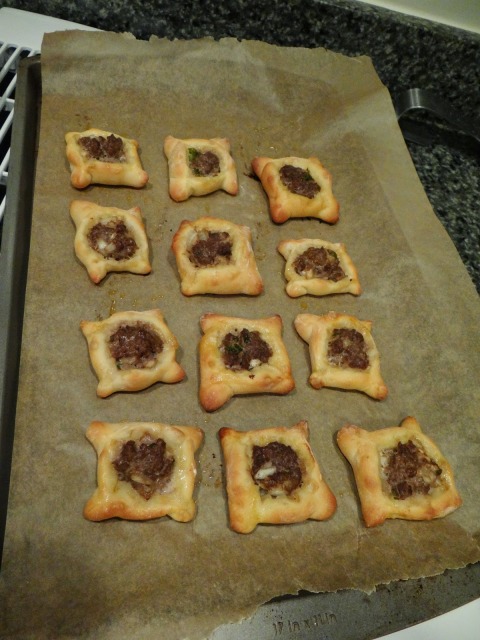 These are great for a snack or dinner with a side salad.  Little Bread Toddler loved the filling so much, he ate the filling right out of the dough, leaving a pile of empty sfiha doughs in his wake.  Since this recipe makes way more filling than the dough can accommodate, I sauted the rest of the filling and he happily at it out of a bowl with a spoon.

My recommendation? Make a double batch of dough and bake 48 of these since they go fast!