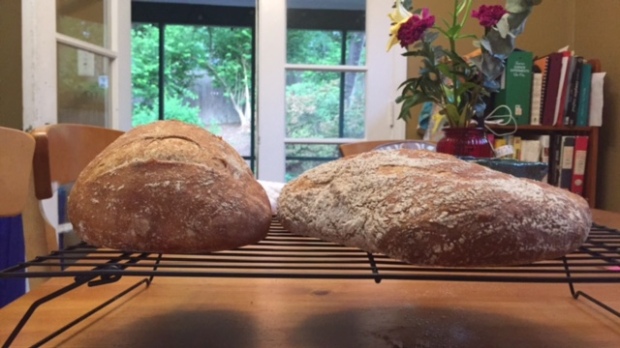 This was not a good week for good bread.  However, as a result it will be a week about explaining what went wrong.

As you can see from the above picture, one loaf ended up abnormally tall, and one was totally flat.  The one that was too tall ended up that way because I didn’t let it rise for long enough during the second rise before baking it.  The flat one rose for too long.

Let’s back up a second: why is the second rise so important?

During the baking process, bread typically goes through one long rise, or fermentation after it is mixed.  This happens in a mixing bowl.  This helps the gluten form and develops flavor as the yeast eats up the sugars and releases carbon dioxide and ethyl alcohol.  If the gluten net forms, then it will trap all the carbon dioxide and cause the dough to rise.

After the first rise, it’s time to shape the dough into its final form before it gets baked.  That means either shaping it into a round boule on parchment, a braided pattern, rolls, or sandwich bread in bread pans.  In order to shape your dough, some of the carbon dioxide bubbles need to be crushed.  But that’s ok, because the yeast will keep eating sugars and your dough will spring back to normal after about 45 minutes to an hour.

So let’s start with the flat loaf.  The reason I picked this one to explain first will make sense in a second. 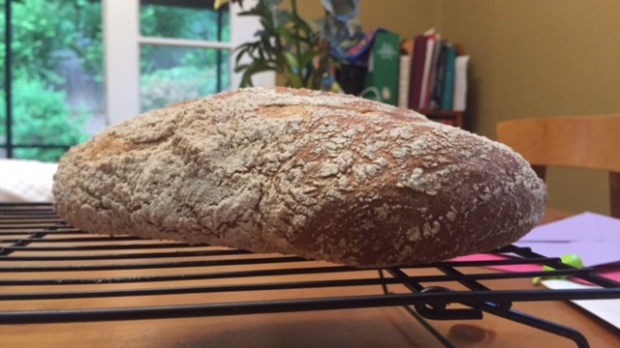 Sometimes it’s hard to get the timing right for baking.  Even on the weekends, we’re out and about and don’t always know when we’ll be back home.  This time, I let my doughs rise the first time (the fermentation) overnight.  But I didn’t have time to bake them in the morning because I had church.  So I prepared my doughs in their banettons for the second rise, and put them in the refrigerator, hoping they would be ok for several hours. 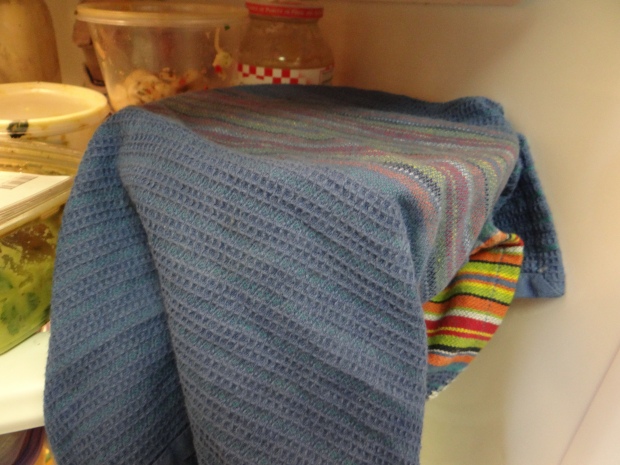 But as soon as I pulled them out and transferred the first one to the oven, I could tell things were not ok.  After using my razor blade to score the top of the dough, it promptly deflated.

The reason it deflated is that the bread is what bakers call “over-proofed.” That means the yeast is allowed to keep eating sugars and releasing carbon dioxide until the inside is basically all air.  That’s why when I tried to cut through the dough to score it with my razor blade, it released all the air and deflated like a beach ball. 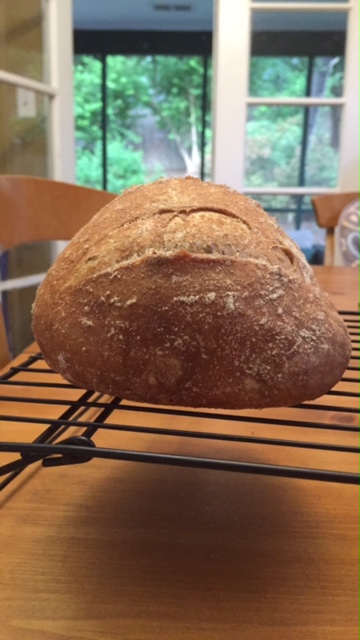 After seeing what happened to my first, over-proofed loaf, I knew I had to do something.  So I gently punched my loaf down again and re-formed my boule.  Then I let it rise for about 20 minutes, because by that point it was already like 10pm and I was getting sleepy.

So what happened to the tall loaf?  It was (duh) underproofed!  I didn’t give the yeast enough time after I re-shaped it to release enough carbon dioxide again.  So after I scored it and put it in the oven, the heat made the yeast go CRAZY.  The dough basically explodes up and out because the yeast wasn’t given enough time during the second rise.  Underproofed loaves look more like basketballs than bread.  They taste fine, but are oddly shaped. 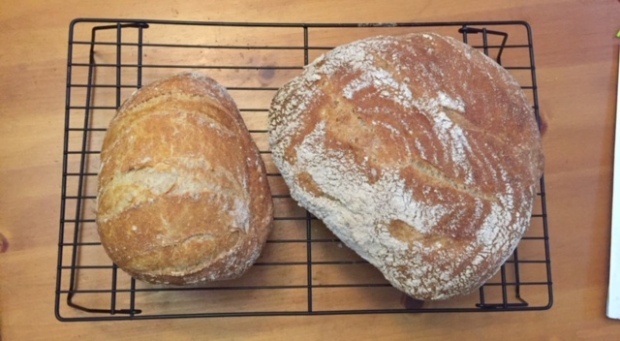 So there you have it.  Every so often I need a reminder that even though there are lots of tricks to getting bread to work around your schedule, it’s still the one in charge.  You’re still dealing with living organisms (yeast), and they do what they want to do.

I wasn’t planning on including this among my Preston Yancey white bread challenge posts because it didn’t turn out well, but I do think it is important to share it for its instructive value.  I would hate for people to always think I make perfect loaves every time.  Then where would the fun and adventure be?