Big baking day on Saturday!  I made these alpine baguettes, a batch of grape and rosemary focaccia, and regular sourdough for sandwiches.

I made sure my sourdough was nice and active last night so I could bake this morning.

For this recipe (makes three baguettes), you will need:

1/2 cup active starter.  Leader calls for a rye starter, I didn’t have that, so I just added 1/2 cup of rye flour to the recipe and used my all-purpose flour starter.

28g flax seeds (I had flaxseed meal so I used that)

I forgot to soak the seeds overnight so I made a quick sponge with the oats, seeds, water, yeast, and sourdough starter.  I let it soak for two hours and saw bubbles on top. 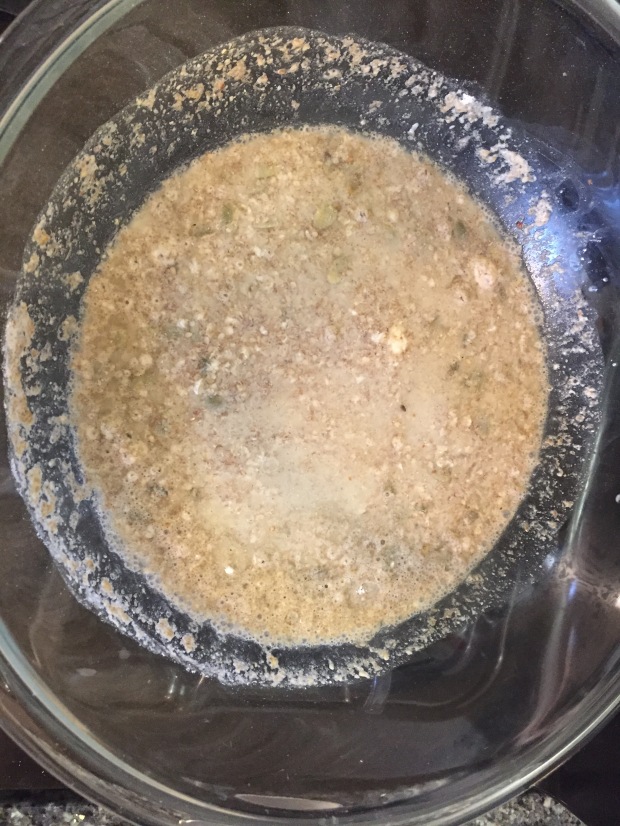 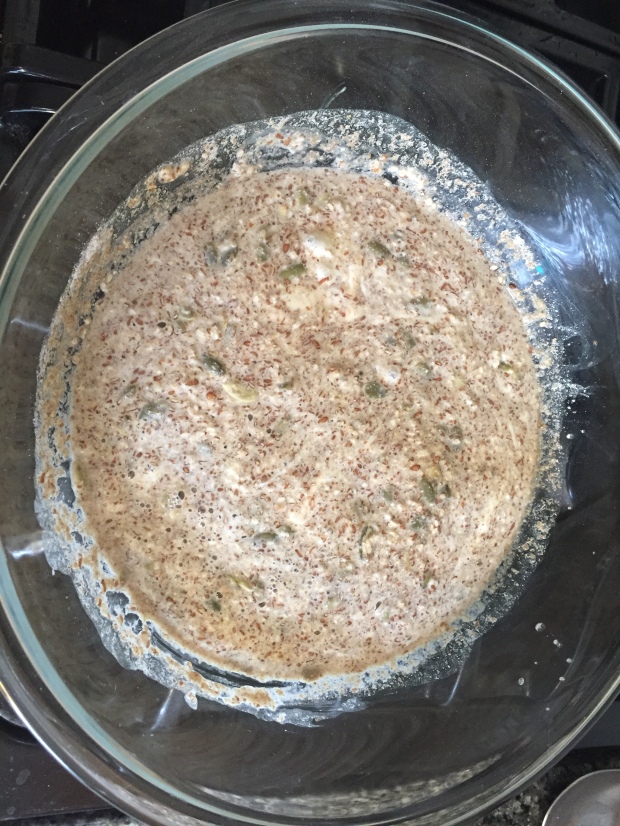 Add the flour and salt to make a dough.  Add more water if necessary.

I moved the dough to the stand mixer and mixed with the dough hook for 8 minutes, let it rest, then mixed an additional 5-8 minutes.

Then I covered the dough with plastic wrap and let it rise 2 – 2 1/2 hours until domed. 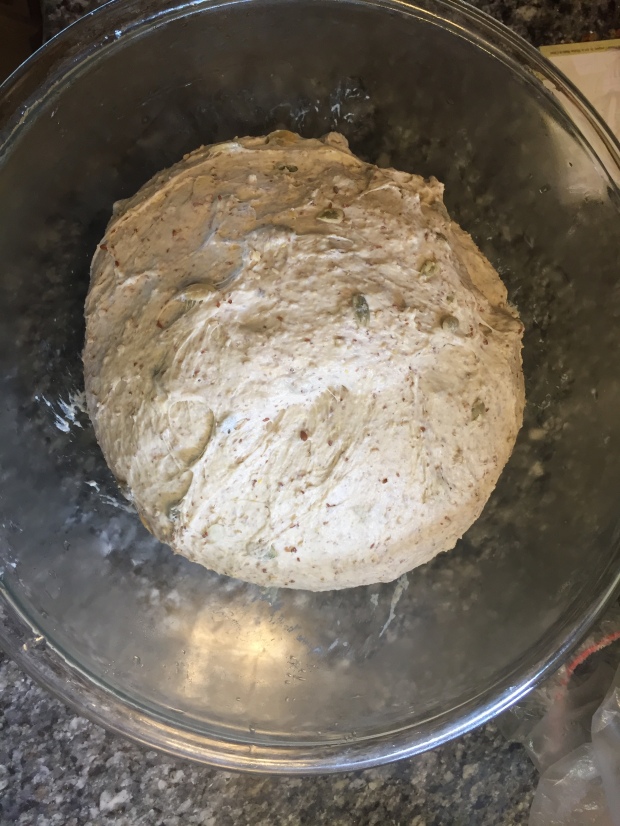 Divide the dough in thirds by weight and fold like an envelope to rest for 10 minutes before shaping.

On a floured surface, shape your baguettes to about 12 inches long. 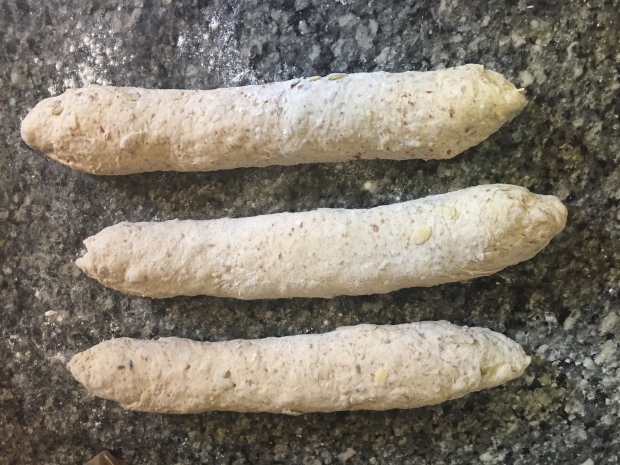 Transfer to a couche.  I didn’t have one that was long enough so I used my apron.

While the dough is in the couche, preheat a pizza stone in the middle and a cast iron skillet on the bottom of the oven at 450 degrees F.  After proofing for an hour in the couche, the loaves looked like this:

Move the baguettes to pizza stone.  This is easier said than done.

And score them in long lines with a razor blade.

Now throw 3/4 cup of ice cubes into the skillet and bake until crusty and brown, 25-30 minutes.

We were having such a fantastically sunny day that I decided to take them outside to photograph with the natural light, but it was so bright they appeared washed-out and pale.

The crumb was really nice, and it was tasty.