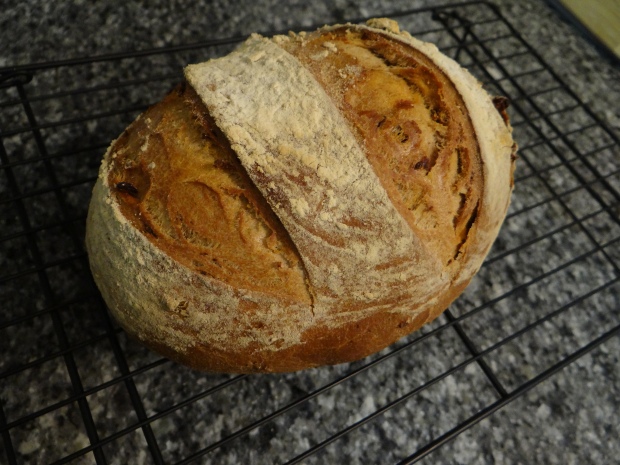 This recipe was inspired by a recipe I found in Saveur magazine, who got it from Frederic Lalos, baking superstar and owner of Le Quartier du Pain in Paris.

I tore it out a while ago, waiting for an excuse to make it.

Something that jumped out at me is the fact that each of the main ingredients (bread dough, wine, and chorizo) are all fermented food products.  Without bacteria and yeast, these delicious foods would not exist!  Really makes you think.

I went to two different specialty stores before I found a place that sold both really good chorizo and really good Beaujolais.  I ended up at Arrowine. The employee there saw I had wine and sausage and encouraged me to take a look at the cheese selection.  Ordinarily I would’ve been all over that, but I told him what I was using them for and he was really interested (or he was humoring me).  Anyway, thanks local business! 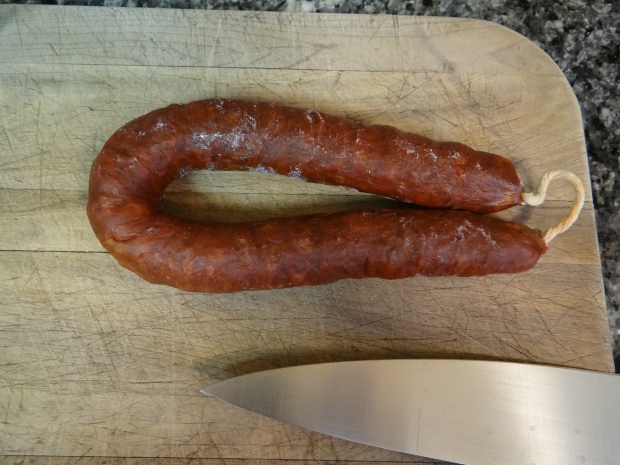 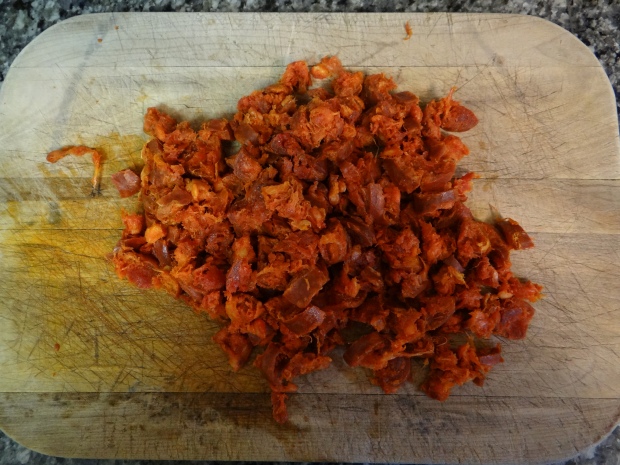 Anyway, the recipe is pretty simple: you make a quick little starter that ferments for four hours, then add the chorizo and wine, let it rise another hour, shape, and bake.

I had a thought of adding parmesan or manchego cheese to up the Spanish flavor and make it more like picnic bread, but I thought too many salty umami-like ingredients might make it taste musty.

Also, it would probably be good to make the recipe first as written before tweaking it 🙂

I made some tweaks. 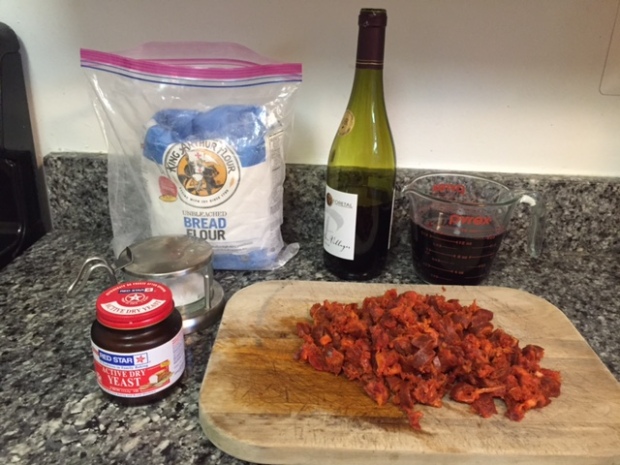 For the starter, you will need:

All your starter (the recipe calls for 1/4 cup.  Why make a huge batch of starter if you don’t use all of it???)

4ish cups of bread flour.  The recipe calls for more, but I found 4 cups was perfect

1 2/3 cups Beaujolais or fruity red wine.  Don’t spend too much.