I’ve been making my way through my trove of library books on biblical and first century AD foods.  In particular, of course, my focus is on the breads.

Douglas Neel and Joel Pugh’s The Food and Feasts of Jesus is my favorite so far.  I like how the recipes are grouped into meals that 1st century Jews and the early Christians might have eaten to commemorate holidays like Passover, events like a wedding feast, or holy observations like the Sabbath.

The recipes are at once exotic and doable.  There are recipes for homemade yogurt and raisins, as well as short ribs with barley.  Yum!

There is no single section about bread but the authors include several recipes to accompany each meal.  They stress the importance of bread during Jesus’ time and in the culture around him.  The authors have clearly done their research and their descriptions include the eating habits of all social classes in the region, which were many during the Roman occupation.  The focus, of course, is on the Jews living in the area surrounding Jerusalem.

This recipe is adapted from two bread recipes in the book: Mediterranean Grain Bread on page 44, and Barley and Wheat Bread on page 132.

First, I made their 10-grain flour mix, which I detail here.  They do point out that many of the grains in Bob’s Red Mill 10-grain flour mix would not have been available in the Middle East in Jesus’s time (such as corn and quinoa).

Nor would the people of Jesus’s time have had access to finely-milled all-purpose flour.  That said, they would have already been using natural leavening in the form of a starter, a fact I found fascinating.  Apparently the air there is full of Saccharomyces bacteria. 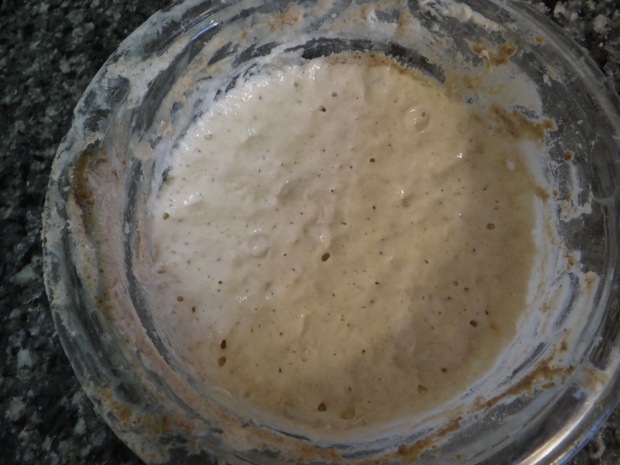 Since the recipe calls for 1.5 cups of barley flour, I measured and ground 2 tablespoons of each type of grain. 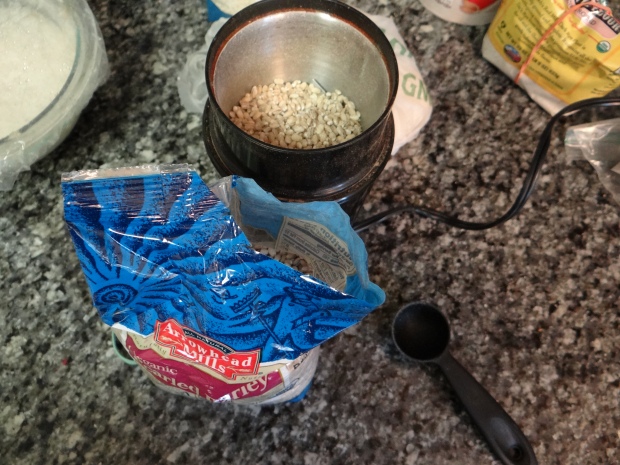 1. Mix together all the ingredients in the bowl of a stand mixer.  Mix with a bread hook for 5 minutes, let rest for 15 minutes, then mix another 5 minutes.  If it doesn’t come together in a ball in the first five minutes, add more flour in 1/4 cup increments until it does.  I only needed the 3.5 cups.

2. Cover the bowl with a kitchen towel or plastic wrap and let sit until doubled in size, about 4-8 hours. 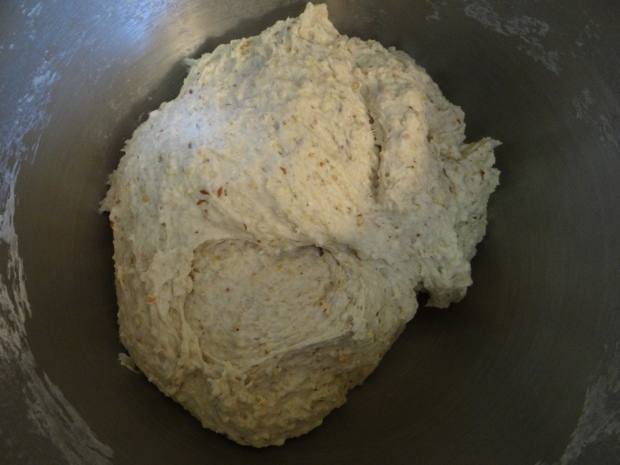 3. After rising, take the dough out of the bowl onto a floured surface and punch down with your fingers to allow the gases to escape.  Divide the dough into four equal pieces and flatten them out until each piece is about 6-8 inches across and 1.5 inches thick. 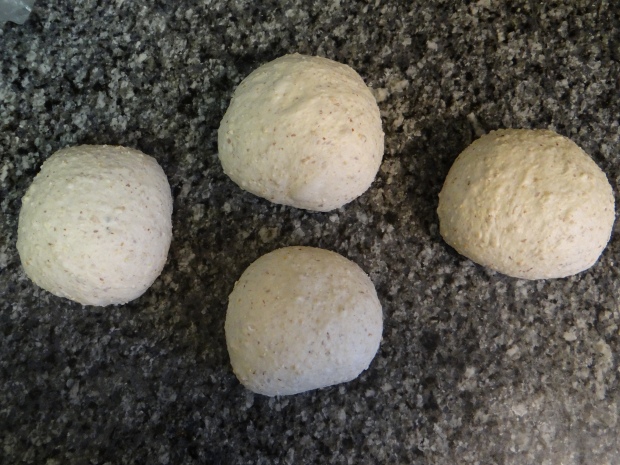 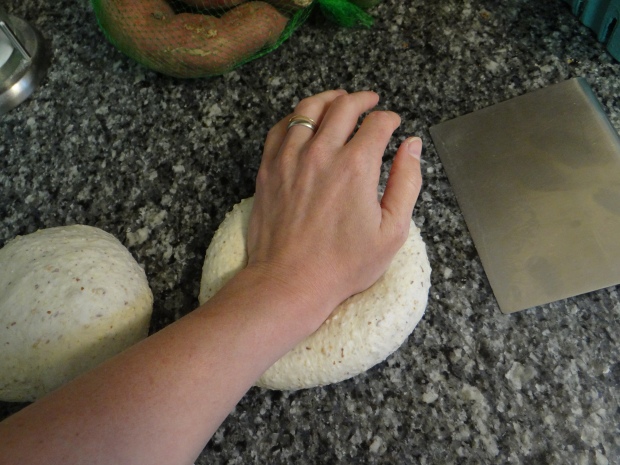 4. Flip the dough a few times so it’s coated in a thin coating of flour.  Then cover with a kitchen towel and let it rise another 40 minutes. 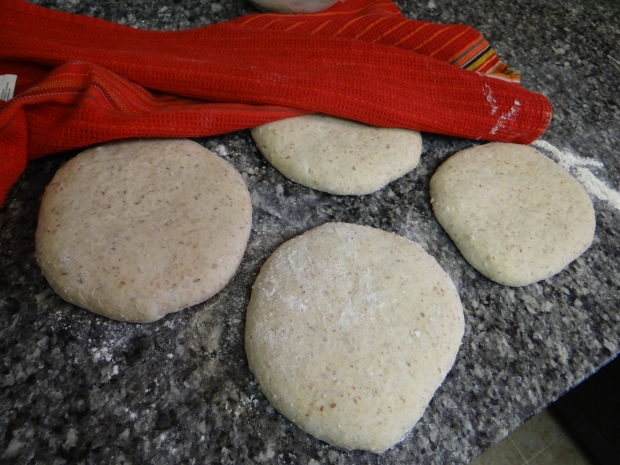 5. Preheat the oven to 450 degrees and place a heavy baking sheet or a cast-iron skillet inside the oven to heat up.

6. Score the top of the dough using a razor blade, then transfer each dough from the paddle to the skillet and bake 20-25 minutes until golden brown and puffy.

7. Remove bread and let cool for at least two hours.

this loaf was baked according to the original recipe, which used a lower temperature, less cooking time, and did not have you score the top.  I used my adaptations for the other three and they came out much better.

I was quite happy with how the bread turned out; it is soft but maintains a nice crunch from the whole grains.

While this bread is delicious, I’m not sure it really qualifies as bread that would’ve been common in Jesus’s time.  First, they would not have had most of the grains I included in my 10-grain mix.  Second, they would have had wheat but not the highly-processed all-purpose flour which lends itself to good gluten formation and thus lots of air pockets in the crumb.  Also, the recipe calls for using a stand mixer to knead it.

I may, in the future, try and make bread only using ingredients and methods they would’ve recognized in 1st century Jerusalem.  This means switching my starter from using all-purpose flour to one that uses rye, and using primarily milled whole wheat, barley and flaxseed meal.

Have you ever tried making traditional breads?  Let me know in the comments!